What You Need to Know About Windows 10

In September 2014, Microsoft Corp. revealed its next operating system, Windows 10, at an unveiling event in San Francisco. Terry Myerson, the executive vice president of Microsoft’s Operating Systems group, said at the event that the new OS represented “the first step” toward a new generation of Windows products. He called Windows 10 Microsoft’s “most comprehensive” OS and the company’s best release for its business customers. While much of the unveiling dealt with the features of the new operating system, there was one aspect of Windows 10 that was particularly surprising.

The Name of the New Operating System

The name “Windows 10” was a bit of a shock, since the company’s most recent OS was Windows 8.1. There are several theories about the OS’s unexpected name. Some say that Microsoft wanted to distance itself as much as possible from 8.1, and that the best way to do this was to skip a number in the sequence. Others claim that it is because both Windows 95 and Windows 98 begin with “Windows 9” in their titles. The theory suggests that having another OS with “Windows 9” in it could cause problems with the code. As an official explanation, Myerson stated that the product was so different that “it wouldn’t be right to call it Windows 9.” He said that it would make more sense to call it Windows 1, but since that name was taken, the company settled for Windows 10.

Windows 10 focuses on cross-device consistency. Microsoft touted the OS’s ability to run on the “broadest range of devices ever.” The operating system will adapt to each device, and can be used on PCs, phones, tablets, and Xboxes, among other devices. In order to provide this versatility, Microsoft created Continuum. This feature will let the system switch modes depending on the connected hardware. This will affect how one interacts with the device. For example, if one were to plug a keyboard into their Surface Pro 3 tablet, the system would switch from touch mode to mouse-and-keyboard mode. Additionally, the Start menu will return in Windows 10. However, it will have some live tiles as well. Live tiles are interactive icons that are displayed on the Windows 8 start screen. Many people criticized Windows 8 for using live tiles. Several of these critics have praised Microsoft for bring back the Start menu in Windows 10. The combination of live tiles and a traditional Start menu design allows for personalization and customization. Windows 10’s Start menu will also have a universal search function that includes both local results and web results. Windows 10 users will also be able to create multiple desktops. This means that a user can have one desktop for personal matters and another for professional ones. Users can switch between them by using the Task View button.

A Focus on Businesses

In an effort to cater to the business world, the company noted that it had simplified deployment. The new OS will have the same hardware requirements as Windows 7 and Windows 8. This means that companies can upgrade the computers that they currently own, rather than buy new ones. Windows 10 will also allow for in-place upgrading. Instead of administrators removing a computer’s previous OS, in-place upgrading lets them install Windows 10 without being forced to wipe the hard drive. Additionally, all of the computer’s data, apps and settings would be preserved. In touting the new OS, Myerson put a premium on familiarity. He explained in September that Windows 10 would be recognizable to both users of Windows 7 and Windows 8. He stressed the fact that users would immediately be able to work with Windows 10, and that the change would not affect their productivity. As part of this enterprise-oriented approach, the company will also be offering mobile device management (MDM) features for its corporate clients. These MDM features include full control over the Windows store, device-wiping capabilities, virtual private network (VPN) options, full control over access to the Windows Store, the configuration of policies for protecting the company’s data, and support for managing several users who work on the same device. Microsoft’s identity and access management system, Azure Active Directory, will be incorporated into the new OS. By using their Azure AD identities, Windows 10 users will have the same benefits as people with Microsoft accounts. These include access to the Microsoft Store and the ability to synchronize the settings on multiple computers.

The company has said that Windows 10 will take information security seriously. The operating system will have “enterprise-grade security, identity, and information protection features.” Data loss will be less of a problem, thanks to data separation at both the file and application levels. This translates to protection measures that will follow the data as it moves from device to device. Windows 10’s data loss prevention solution separates personal and corporate data. Users will not need to switch modes or apps in order to protect their data. This solution will allow for the automatic encryption of corporate information as it arrives on the computer from the company’s network locations. Additionally, Windows 10 will have “next-generation user credentials.” These include a two-factor authentication system in which the computer itself, once enrolled in the system, is one of the authentication factors. The second factor is either a personal identification number or a biometric identifier like a fingerprint.

A Look to the Future

Microsoft has told the public about several aspects of Window 10. The OS will be compatible with an array of devices. It will have cutting-edge security features and a new Start menu that combines Windows 8’s live tiles with the traditional design of previous operating systems. However, there are still plenty of unanswered questions about the new OS. Microsoft has yet to address performance issues like installation size and minimum hardware requirements. It has not released any details on pricing, and only vaguely stated that it will be available sometime “later in 2015.” The ambiguous release date refers to the final product, but Microsoft is letting people try an early version of the operating system. The Windows Insider Program lets curious users download the Technical Preview of Windows 10. The company even offers a few tips for using this version. Microsoft announced in December that voice-activated personal assistant Cortana will be incorporated into Windows 10. The company intends to provide more details about Cortana’s inclusion into the OS in January 2015 at an event in which they will debut another version of the Technical Preview. Microsoft is expected to roll out updated previews on a monthly basis in 2015. With the feedback received from people using these preview editions, the company hopes to improve Windows 10 as much as possible ahead of its mainstream release. 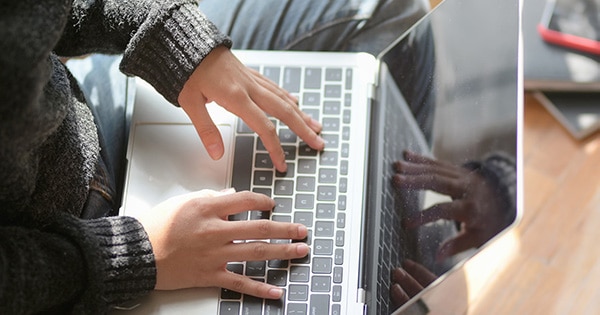