Beyond Antivirus: How to Protect your Business from the Unknown

With an increasing number of IT executives concerned about the impact and legal ramifications posed by the threats of advanced malware and a decreasing level of confidence in their ability to combat or detect these threats, Endpoint Detection and Response (EDR) solutions have quickly become essential for businesses looking to manage cybersecurity risk.

What Does Antivirus Do?

Antivirus software helps protect your computer against some malware by using a singular approach to identify known malicious programs. Antivirus software looks at files, and in some cases, sections of code within these files to match against a known signature. Antivirus looks for known threats and monitors the behavior of all programs, flagging any suspicious behavior. Antivirus also:

Why is this a problem?

This sounds great until you realize that less than 10% of all malware is categorized as a virus and that there are categories of malware that antivirus simply cannot detect and/or stop. The majority of malware today is considered a hybrid (typically a combination of trojans and worms) designed specifically to evade detection by antivirus, firewalls and other common approaches to prevention.

Over half of the malware today is fileless, meaning they exploit and spread in memory only or using other “non-file” OS objects such as registry keys, APIs or scheduled tasks. A new category of malware, modular malware, is even more dangerous because it detects characteristics specific to your environment and evolves its functionality to be much more robust, evasive and effective. Antivirus is simply a one-trick-pony and cybercriminals know it.

How is malware detected?

Because most malware today leverages hybrid approaches, security tools must also use a hybrid approach to detection. Effective solutions like the best Endpoint detection and response (EDR) solutions don’t rely on a single approach, but instead, utilize multiple methods for detecting malware and malicious actions within your environment such as:

What are some other benefits of EDR?

The threats to your organizations extend beyond malware. Why not use an effective tool like EDR that can help combat:

If you have questions around your business’ cybersecurity, a great first step is a Security Posture review. Our team of cybersecurity experts will take an in-depth look at your processes and technology to reveal any potential gaps along with steps on how to remediate and make your business more secure. Learn more about the Security Posture review here or give us a call at (877)901-2022. 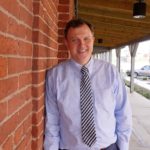 Delano Collins is the Vice President of Corsica Cybersecurity, LLC, a security solutions provider specializing in monitoring, audits, assessment and incident response.With a background in the banking industry, a former CIO, ISO and more than 25 years of experience in the technology sector, Delano has spent his career specializing in cybersecurity, compliance and secure network design.